Heart of America Shakespeare Festival | Kids Out and About Kansas City 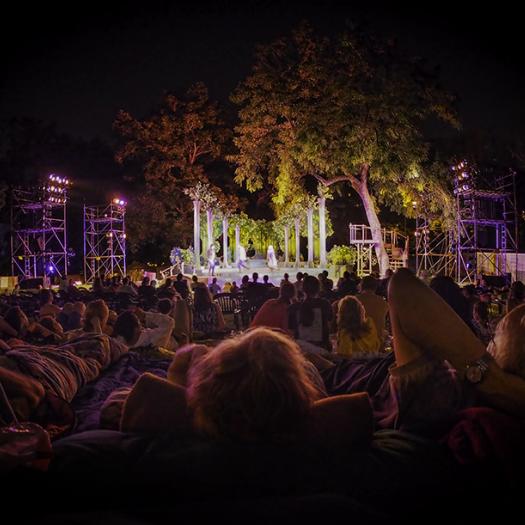 The Heart of America Shakespeare Festival was founded in 1991 by Tony Award-winning Broadway Producer, Marilyn Strauss. The Festival launched its first official season in 1993 in Southmoreland Park. Since then, more than 770,000 theatergoers from 42 states and 11 countries have enjoyed the Festival's professional productions. Every summer for the past twenty-seven years, HASF has constructed a stage and theatre space in Southmoreland Park where thousands of visitors come to see FREE professional Shakespeare or Shakespeare-inspired productions. Families and friends gather under the trees to enjoy a picnic supper and are entertained by the Team Shakespeare’s parody, enriched by Show Talk, and have an enjoyable evening of conversation and community with friends and family before the play begins.
Click For More Information

Our mission is to make the works of Shakespeare and Shakespeare-inspired works accessible to a diverse audience through a free, professional, outdoor festival, and additional free and paid performances and educational programs.

HASF's core activity is an annual production of a Shakespeare play or plays, presented FREE to the public at Southmoreland Park, located directly west of the Nelson-Atkins Museum of Art. The Festival continues to introduce Kansas City audiences to the broad range of Shakespeare's works, while being attuned to community tastes and interests.

Widening the reach of our education programs is also vital to diversifying the Festival audience and fulfilling our mission of bringing Shakespeare to the largest segment of our community possible. We continue to hone our workshops and provide more opportunities for year-round in school and after-school programs as part of the Arts Partners roster. The Festival offers year-round weekend classes to students aged 5 - 18 and acting intensives for adults.

You have no education resources added; you can add one here.